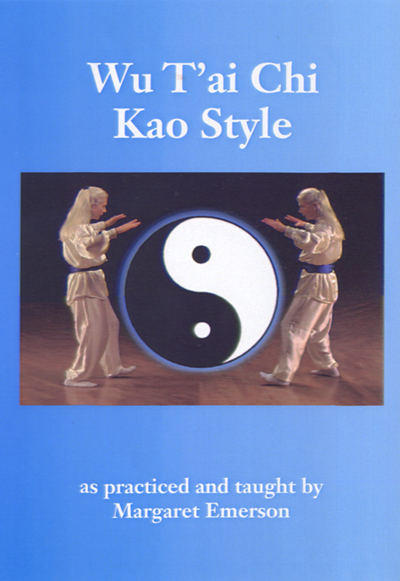 or contact the author
or order through any bookstore

From 1979 to 1985, Margaret studied this rare Wu style under Kao Ching-hua. Kao learned it as a girl in pre-Revolutionary China. When she was a teenager, Kao Ching-hua used her T’ai Chi practice to overcome a debilitating heart condition. While earning her bachelor’s degree at National Central University of China, Kao taught T’ai Chi to female college students. Before entering the U.S. in 1948 for graduate studies in phys ed, she was made the only honorary female member of the previously all-male T’ai Chi Ch’uan Association of Shanghai. The Communist Revolution in 1949 prevented her from returning to China.

Margaret has been practicing T’ai Chi, qigong, and meditation since 1979 and teaching since 1989.

Warm-ups and sequence lists are enclosed.